This was my first second division game. I was amused by the early kick-off time and by the fact that this so-called stadium only had two sides. We stood in the western stand, looking across at the completely open east side of the ground: not so much rolling hills as crappy little tussocks. 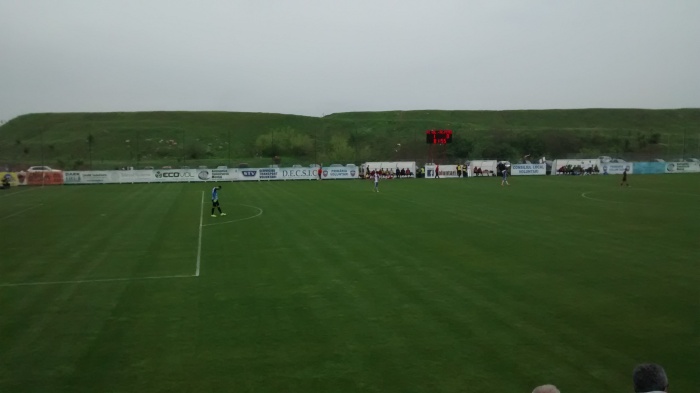 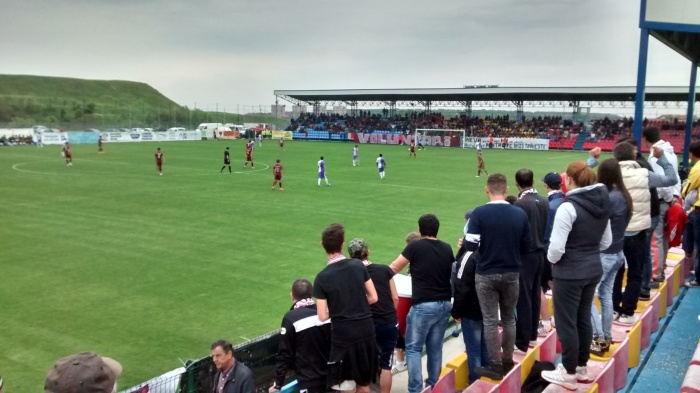 This game was advertised on the Pipera-Tunari road, presumably by the Voluntari municipality which owns the club, as the biggest match in its history. Given that the club has existed only since 2010, and that two years ago they were playing in the fourth division, that is no mere hyperbole. With a five-point lead over today’s opponents in their Liga II section, if the home team win today they secure promotion to the top tier.

I remember virtually nothing of the match. Some fat bloke scored an improbable goal, and it finished 1-1. I do remember being surprised that Voluntari appeared to have some enthusiastic, shouty, self-consciously ultra-style young fans. I do remember that there was not so much as a snack stand anywhere in or near the ground, so to get a bag of crisps you had to pop down the road to the local corner shop.

Although the celebrations had to wait, promotion was sealed soon enough, and Voluntari played in Liga I. Their stadium, however, did not meet the required standard, so home games for most of the 2015-16 season were played at Dinamo’s massive, soulless hole in the ground in the city centre. A few hundred fans rattling around in there was not a tempting prospect.