This series of posts will trace the progress of Romania’s national team through qualifying for the 1992 European Championships and for the 1994 World Cup. We will see who remains from the Italia ’90 side we left behind in my earlier article. We will see San Marino score against them. We will (eventually) see Paul Bodin. We will see how, from failure and disappointment, can emerge a brighter… But enough portentous nonsense.

Two short months after a decent – but ultimately unsatisfying – performance at the World Cup in Italy, Romania have to begin to negotiate qualifying for the finals of Euro ’92. They have been drawn in a group with Switzerland, Scotland, Bulgaria and San Marino. Just one team will make it to the eight-team tournament in Sweden, and the only thing we can be sure of is that it won’t be San Marino. Romania have a new coach, Steaua legend Gheorghe Constantin, but the playing roster looks much the same as it has for the past couple of years. Old stagers Silviu Lung, Rodion Cămătaru, Michael Klein and Ioan Andone, all now over 30, support established attacking talents Gică Hagi, Dorin Mateuț and Marius Lăcătuș, all aged 25 or 26. Youngsters Gică Popescu, Ioan Ovidiu Sabău, Ionuţ Lupescu and Dan Petrescu, all under 23, have quickly become regulars. Many of the players have secured lucrative moves to western European clubs, after a shift in the shop window at Italia ’90 coincides with the opening of Romanian football for business with the outside world. Hagi’s transfer from Steaua to Real Madrid, which cost the Spanish giants a club record $4.3 million, is by far the biggest.

The campaign starts well at Hampden in September: in the 13th minute, Lăcătuș crosses for Cămătaru to tuck the ball into Andy Goram’s net. But, later in the first half, some magic from Stewart McKimmie, and some textbook hanging in the air by Ally McCoist to meet a looped Gary McAllister cross, enable John Robertson to equalise on his international debut. And then, thanks (according to the commentary) to a lack of Romanian ambition and a loose pass from captain Hagi, McCoist himself bags a close-range winner late on to send the Romanians home empty-handed. A disappointing result, certainly, but no disgrace.

A month later Bulgaria visit Bucharest. The two teams are familiar with each other, Romania having won both their 1990 World Cup qualifying encounters. Although this is not yet quite the Bulgarian team that will [spoiler alert] thrill at the next World Cup, Romania get gubbed twice as quick counter-attacks are finished off by Sirakov and Todorov. Then Todorov applies the killer blow on 76 minutes and it finishes an embarrassing 3-0 to the visitors. It is Constantin’s fourth and last game in charge, as he is replaced by Mircea Rădulescu, a former coach of the Olympic team. The new man has some serious work to do.

It is reported that the players based at western teams had chosen to hang out with friends rather than stay in the training camp before the Bulgaria match. Now Romania find themselves, quite unexpectedly, bottom of the group after two matches. For the visit of international newcomers San Marino in early December – their first ever competitive game having been a 4-0 defeat to Switzerland a month earlier – Rădulescu fields a strong side, but gives promising Steaua forward Ilie Dumitrescu his first competitive start for his country, and U Craiova’s goalkeeper Florin Prunea an international debut. In a six-nil win, Florin Răducioiu, Pavel Badea and Petrescu each grab their first international goal, but the pick of the bunch is undoubtedly this brilliant free-kick, Lăcătuș’s lob volleyed in by Lupescu.

The return match in March 1991 sees Romania play their part in minnow history: after a defensive mix-up ends in a collision, Prunea concedes the sammarinesi‘s first ever goal, a penalty converted by Valdes Pasolini to level the scores after Hagi’s earlier spot-kick. It looks like the Romanian keeper is either concussed or has never faced a penalty before. Despite a bravura performance from Prunea’s opposite number Benedettini, Răducioiu and a late own goal spare (some of) the Romanians’ blushes as the match ends 3-1. A week later, in Neuchâtel, Rădulescu sends out an almost unchanged team against the unfashionable Swiss. But the highlights suggest it’s one of those nil-nils that arise out of nobody getting anywhere near the opposition goal and lots of people shooting from way too far out. 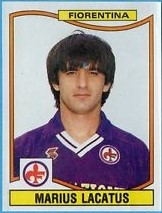 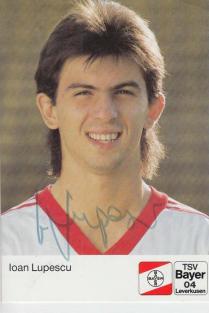 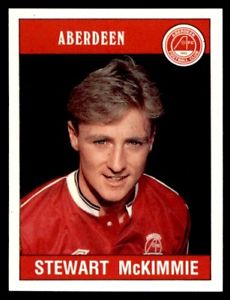 It’s been no bed of roses for the Romanian internationals away at their new clubs. Hagi’s Madrid side has struggled badly and sits in seventh place. Both John Toshack and his successor Alfredo di Stéfano have been shown the door this season, and Yugoslav Raddy Antić has just been appointed. Under di Stéfano, Hagi fell out of favour, and he has not been accepted by the dressing-room mafia of ‘La Quinta del Buitre’. Lung is warming the bench for high-flying Logroñés. Mateuț and Balint – the Romanian league’s top scorers in 1988-89 and 1989-90 – have been first-choice picks for middling Zaragoza and Burgos respectively, but have hardly been prolific. Andone’s defensive experience can’t prevent Elche’s impending relegation to the third tier.

In Italy, Răducioiu is a regular starter for Bari but has only scored four goals in seven months so far, while Lăcătuș hasn’t found the net since November for their lower-mid-table rivals Fiorentina. Meanwhile, in northern Europe, Klein’s Bayer Uerdingen are battling at the wrong end of the Bundesliga, and Sabău is getting plenty of game time but his Feyenoord team are languishing near the Eredivisie relegation zone. Two bright spots, however: Lupescu is playing his part in Bayer Leverkusen’s good season, and Gică Popescu is an integral member of Romário’s PSV team which, under Bobby Robson, is neck-and-neck with an all-star Ajax in the race for the Dutch league title. 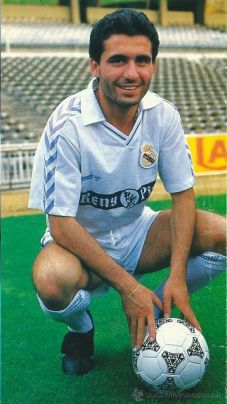 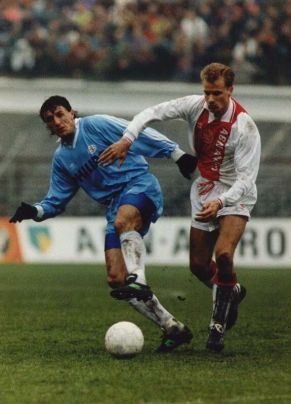 At home, the teams are just over halfway through the first full season of the new, democratic Romania. Universitatea Craiova, from the southwest of the country, have recently overtaken Steaua Bucharest at the top of Divizia A (they will go on to win the league and cup double). Although the Steaua-Dinamo rivalry has dominated for decades, aided by political favours within the regime, Craiova’s success has not come out of the blue. In twenty years the club has won three league titles and four Romanian Cups, and never once finished outside the top six. Keeping goal for Craiova behind Emil Săndoi and Adrian Popescu throughout this glorious season is 22-year-old Florin Prunea, the current Romania number 1.